Council meetings are held on the first and third Tuesday of each month at 6:30 pm. Please check the calendar for changes to this schedule.

Debra was elected to the Osceola Town Council January 2016 and is currently serving a 4 year term in Ward 1, which is the portion within town limits north of the tracks and west of Beech Road, then north-westerly along Vistula at the river to the end of town limits at Riverwood Landing. The Town Council is responsible for making decisions that will be in the best interest of the town and its citizens. Debra has lived in Osceola all her life, raised her twin sons here because of her love for the town. She ran for office because she cares about the town and wants to see the town remain a nice, small knit community for all. She truly believes that Osceola is a small town with a big heart! Debra would like to see the community and its citizens become more involved so everyone knows what is happening in their town. She is always open for thoughts and comments. 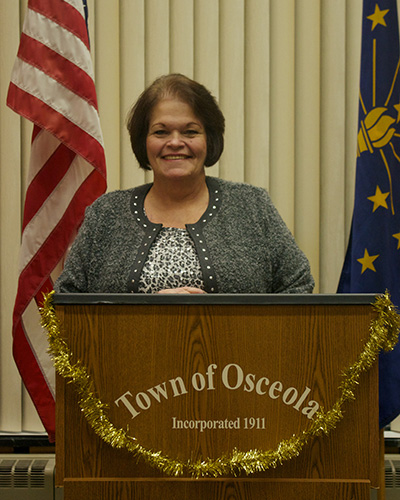 Jay was elected to the Osceola Town Council January 2016 and is currently serving a 4 year term in Ward 2, which is the portion within the town limits north of the tracks, east of Beech Road to Ash Road and south of Vistula, west of Beech Road to Barberry. Jay has lived in Osceola most of his life, having built a new home and raising 2 sons there. He previously served on the Town Council from 1983 through 1991. Jay looks forward to serving the citizens of the town once again and has a wish for the town to prosper well. 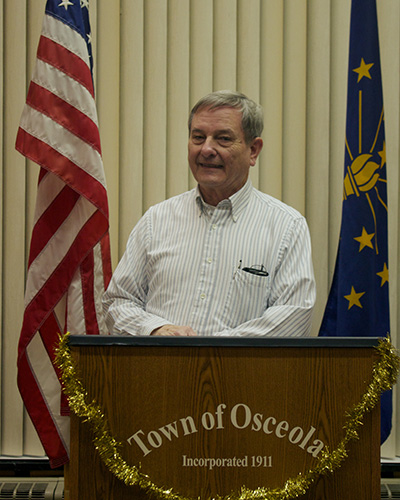 Greg was appointed to the Osceola Town Council in January 2019 to finish the term of Ward 3 Council member, Brenda Cruz. Ward 3 is the parcel of land within the town limits south of the railroad tracks. Greg previously served on the board from 2003-2007, he has lived in the town limits his entire life. Greg is serving because he enjoys helping members of the community and would like to be a part of seeing Osceola grow, while still maintaining its home town atmosphere. Along with the other Council members, he is responsible for making decisions that are in the best interest of the town and its citizens. 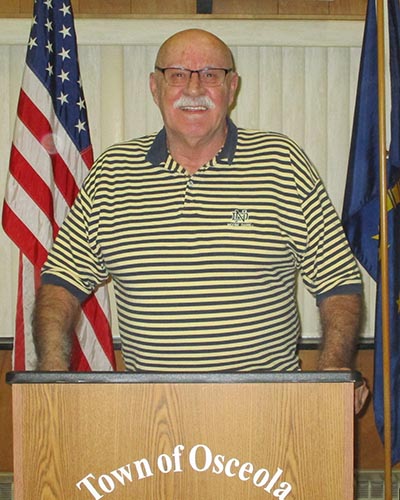